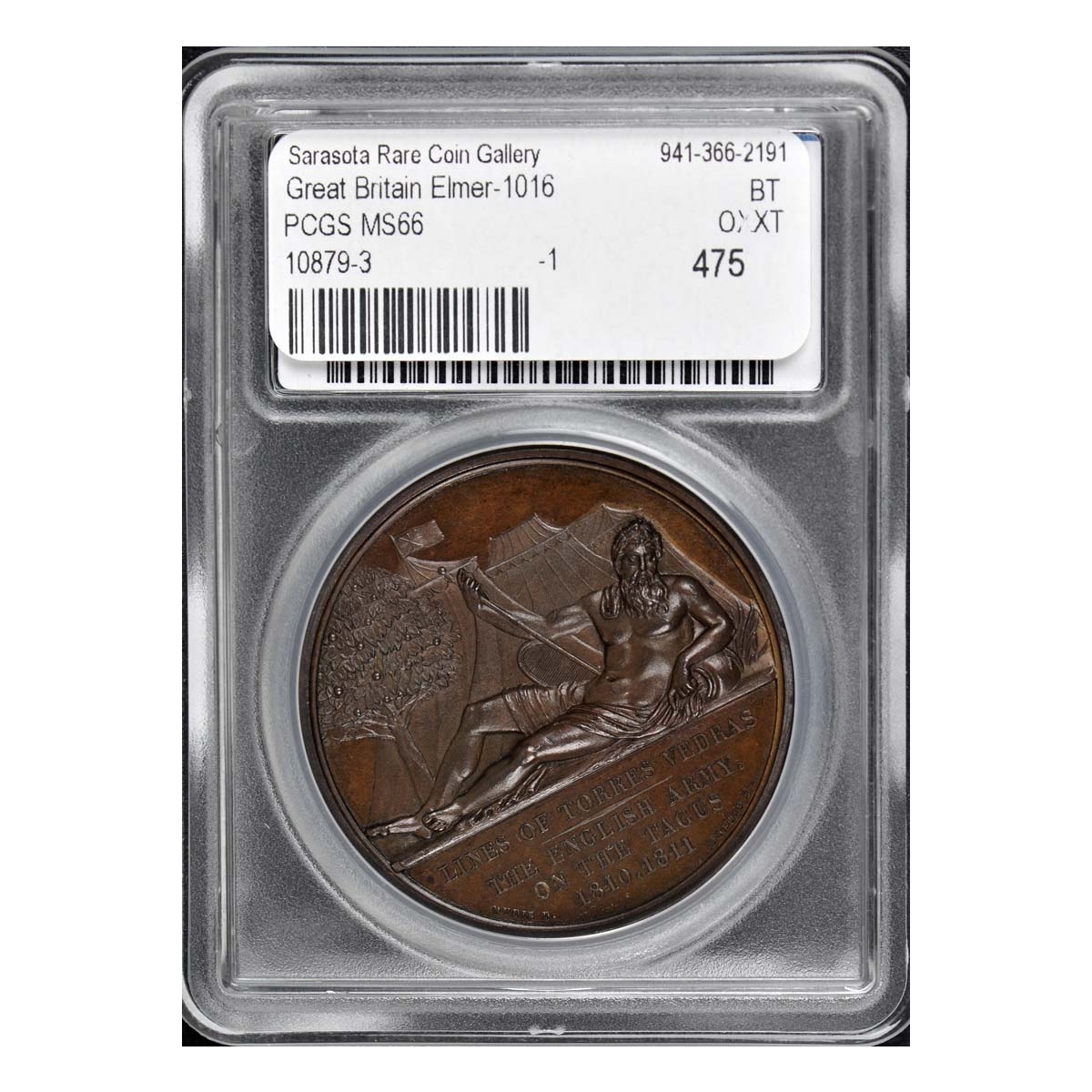 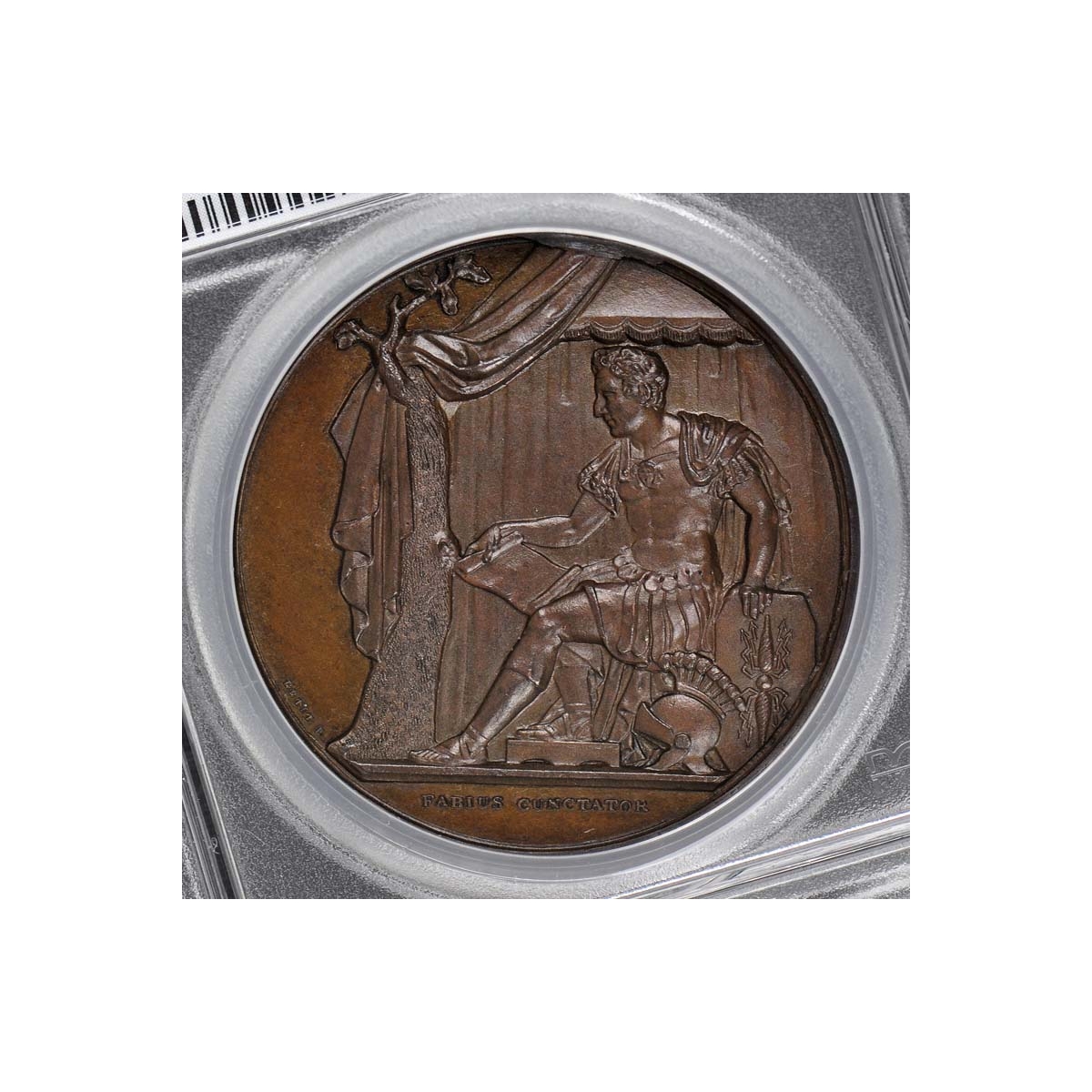 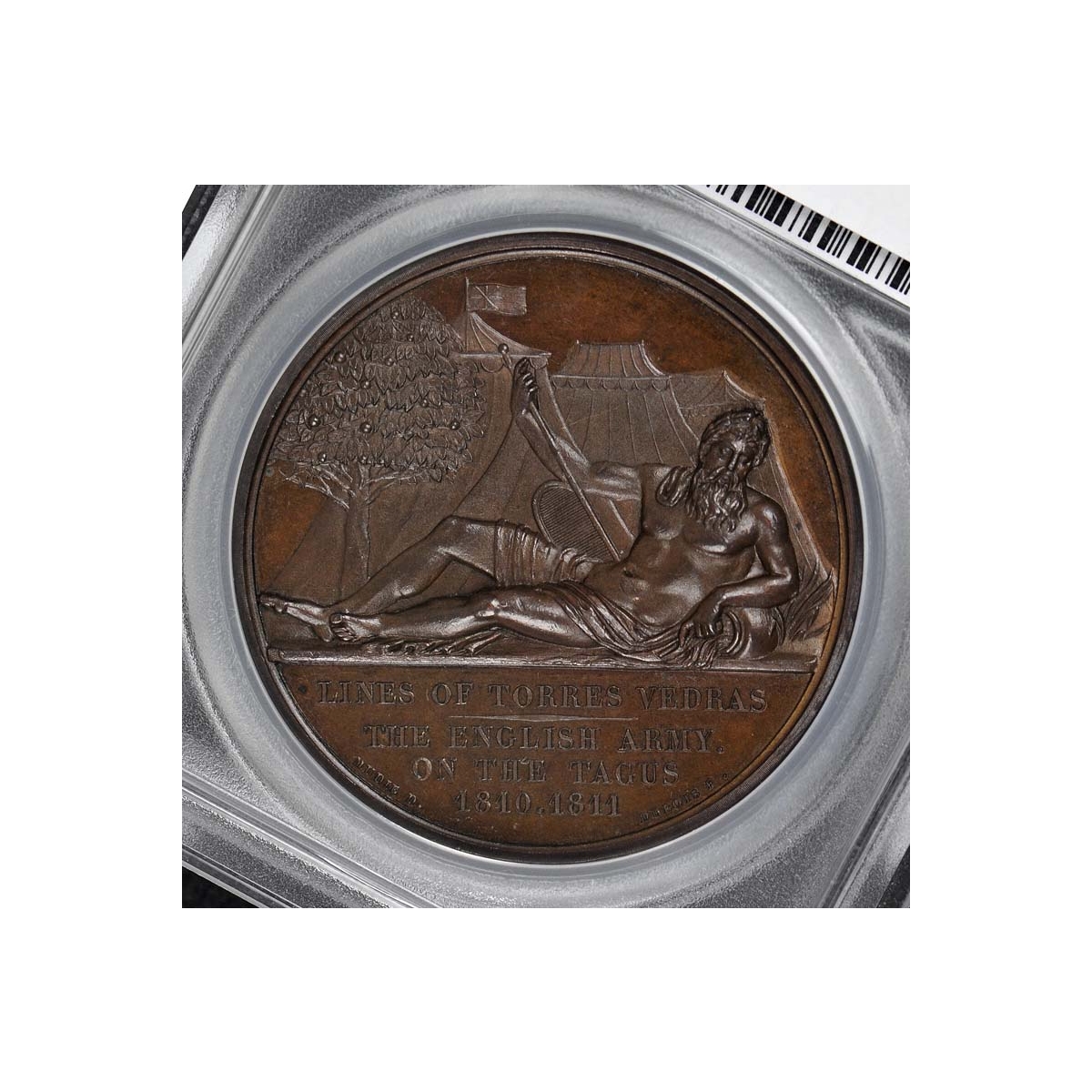 Details
Superb quality medal commemorating the Lines of Torres Vedras. After his troubling Spanish experience at the Battle of Talavera, Wellington realised that, being outnumbered by the French forces, he might need to retreat to Portugal and possibly evacuate the peninsula, so decided to strengthen the proposed evacuation area around the fort at Oeiras e São Julião da Barra Portugal. He used a report of Colonel Vincent, ordered by Junot in 1807, describing the excellent defensive capacities in the region nearby Lisbon. Historian John Grehan suggested that the study by Major Neves Costa influenced Wellington's decision to construct the lines, but in fact the plans pre-dated Costa's study. He was also inspired by the Martello Towers along the English Channel coast. In October 1809 Wellington, after surveying the area personally with Lieutenant-Colonel Sir Richard Fletcher, ordered in his detailed memorandum dated 20 October 1809 the building of the Lines of Torres as a system of fortifications blockhouses, redoubts, ravelins, cuts of natural relief, etc. The work began on several of the main defensive works in November 1809. When the results of Royal Engineer surveyors were gathered together, it was possible by February 1810 to begin works on 150 smaller interlinking defensive positions, using wherever possible the natural features of the landscape. The work received a boost after the loss to the French of the fortress at the Siege of Almeida (1810) in August, with the public conscription of Portuguese labourers. The works were sufficiently complete when the French troops arrived in October to make them stop and fall back. Even after the French had retreated from Portugal, construction of the lines continued, and in 1812 34,000 men were still working on them. Check out all the great US Coins, Currency, Ancients, World and Exonumia at Sarasota Numismatics. We are happy to answer any questions you may have about this or any of our other extensive offerings.
More Information
Shipping and Returns