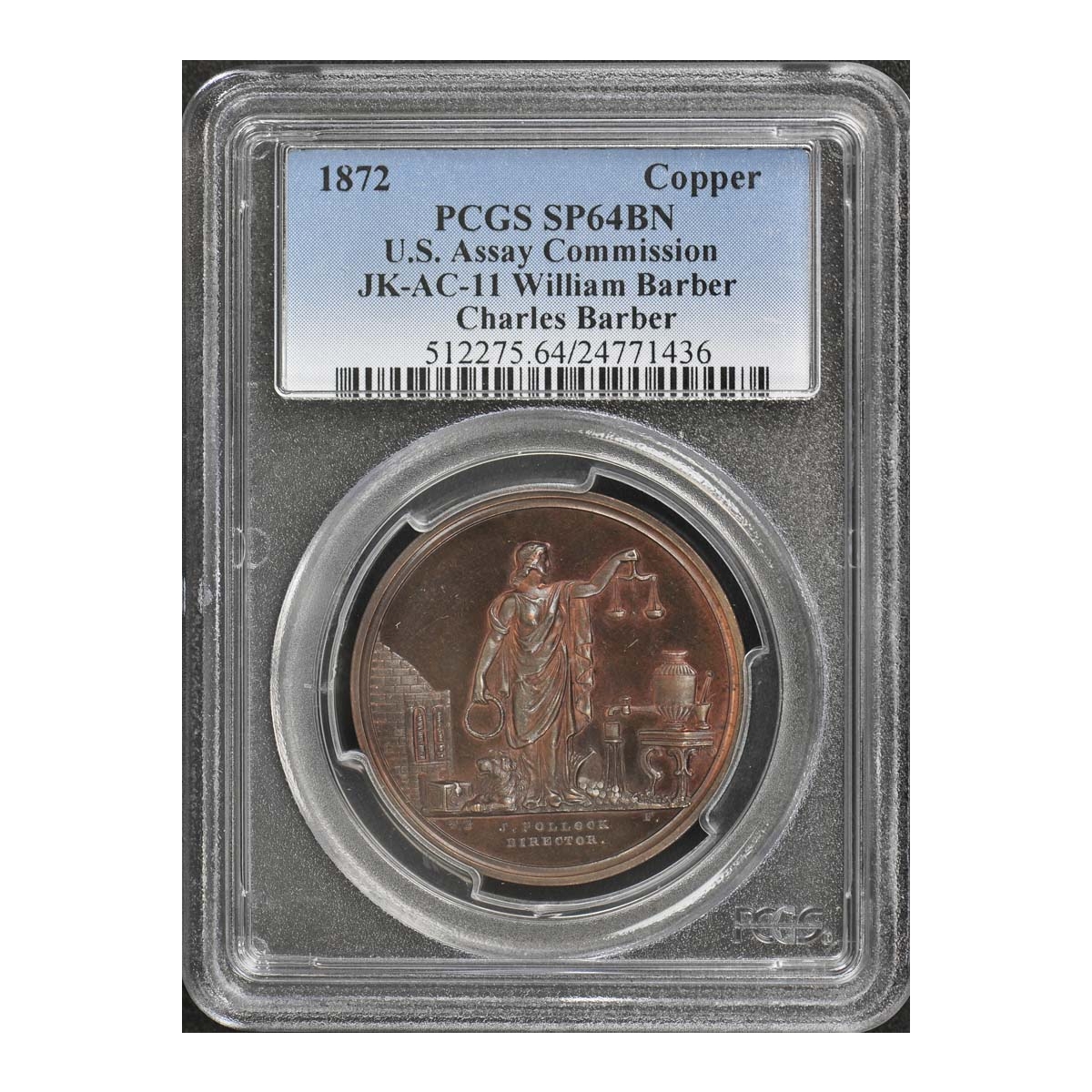 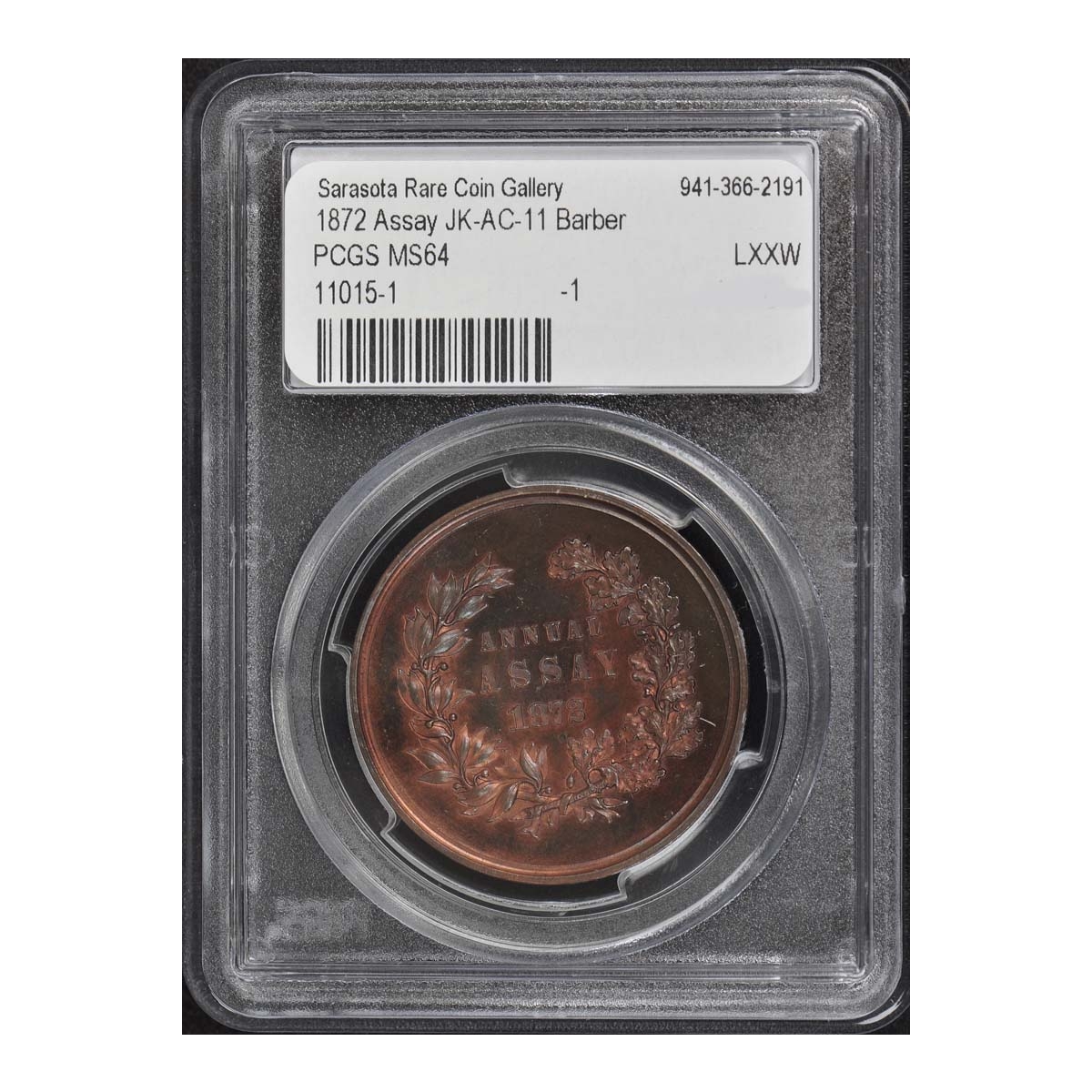 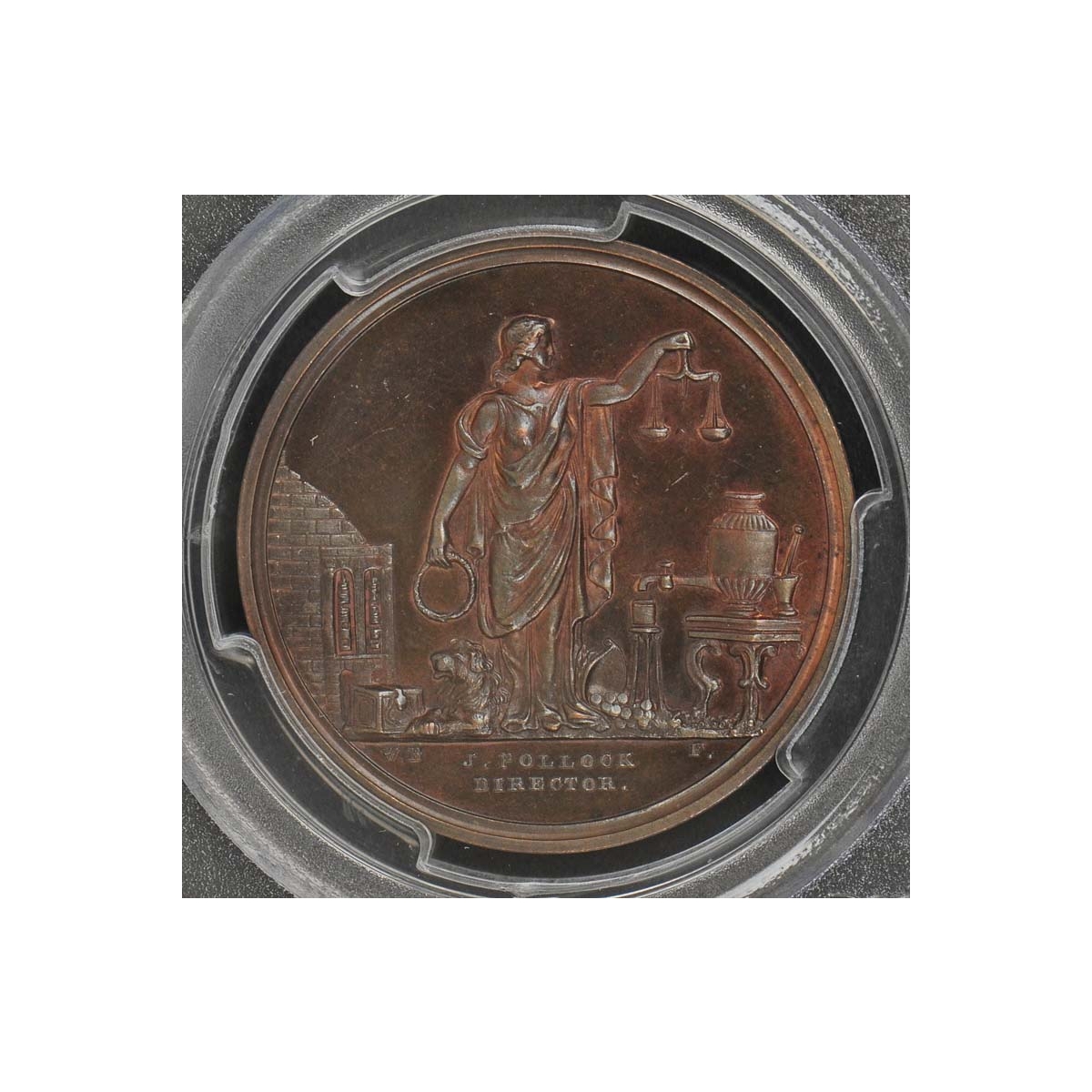 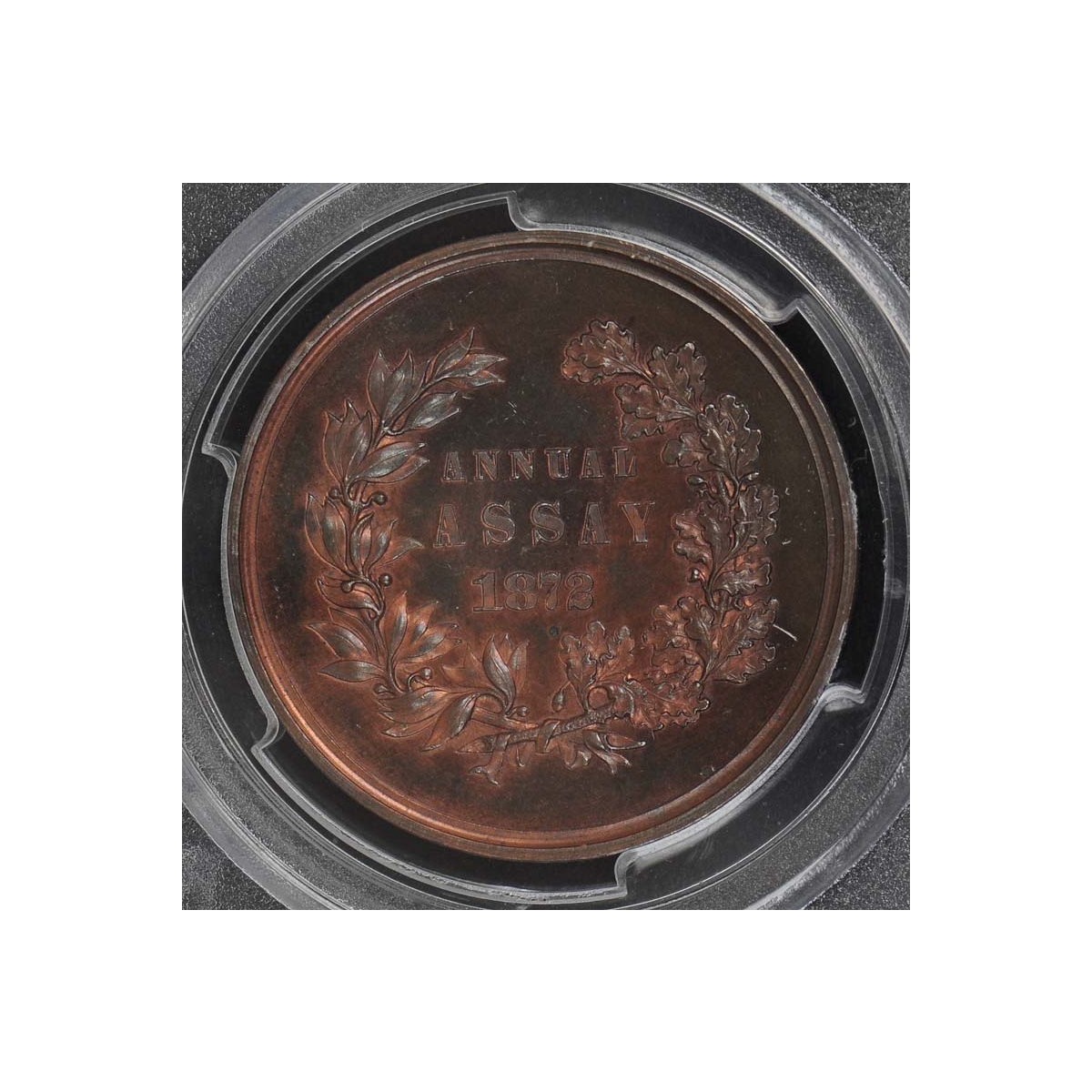 Details
Charles Barber Personal Collection. 1872 U.S. Assay Commission Medal. Copper bronzed, 33.8mm. By William Barber. JK AC-8. Rarity-3. 20.9 grams. Obv. Standing Moneta holding scales and serpent of immortality. Rev. Oak and laurel enclose ANNUAL/ ASSAY/ 1872.. Boldly reflective brown shows areas of mint red. Charles E. Barber, Chief Engraver of the United States Mint. Brought $1265 in Auction in 2010. Amazing Pedigree. The United States Assay Commission was an agency of the United States government from 1792 to 1980. Its function was to supervise the annual testing of the gold, silver, and (in its final years) base metal coins produced by the United States Mint to ensure that they met specifications. Although some members were designated by statute, for the most part the commission, which was freshly appointed each year, consisted of prominent Americans, including numismatists. Appointment to the Assay Commission was eagerly sought after, in part because commissioners received a commemorative medal. These medals, different each year, are extremely rare, with the exception of the 1977 issue, which was sold to the general public. The Mint Act of 1792 authorized the Assay Commission. Beginning in 1797, it met in most years at the Philadelphia Mint. Each year, the President of the United States appointed unpaid members, who would gather in Philadelphia to ensure the weight and fineness of silver and gold coins issued the previous year were to specifications. In 1971, the commission met, but for the first time had no gold or silver to test, with the end of silver coinage. Beginning in 1977, President Jimmy Carter appointed no members of the public to the commission, and in 1980, he signed legislation abolishing it. Part of a superb group of Medals we recently acquired. POP 1 Finest graded by PCGS. Check out all the great Exonumia, Ancients, World, Paper Money and US Coins at Sarasota Numismatics. Feel free to contact us with any questions about anything in our vast inventory.
More Information
Shipping and Returns