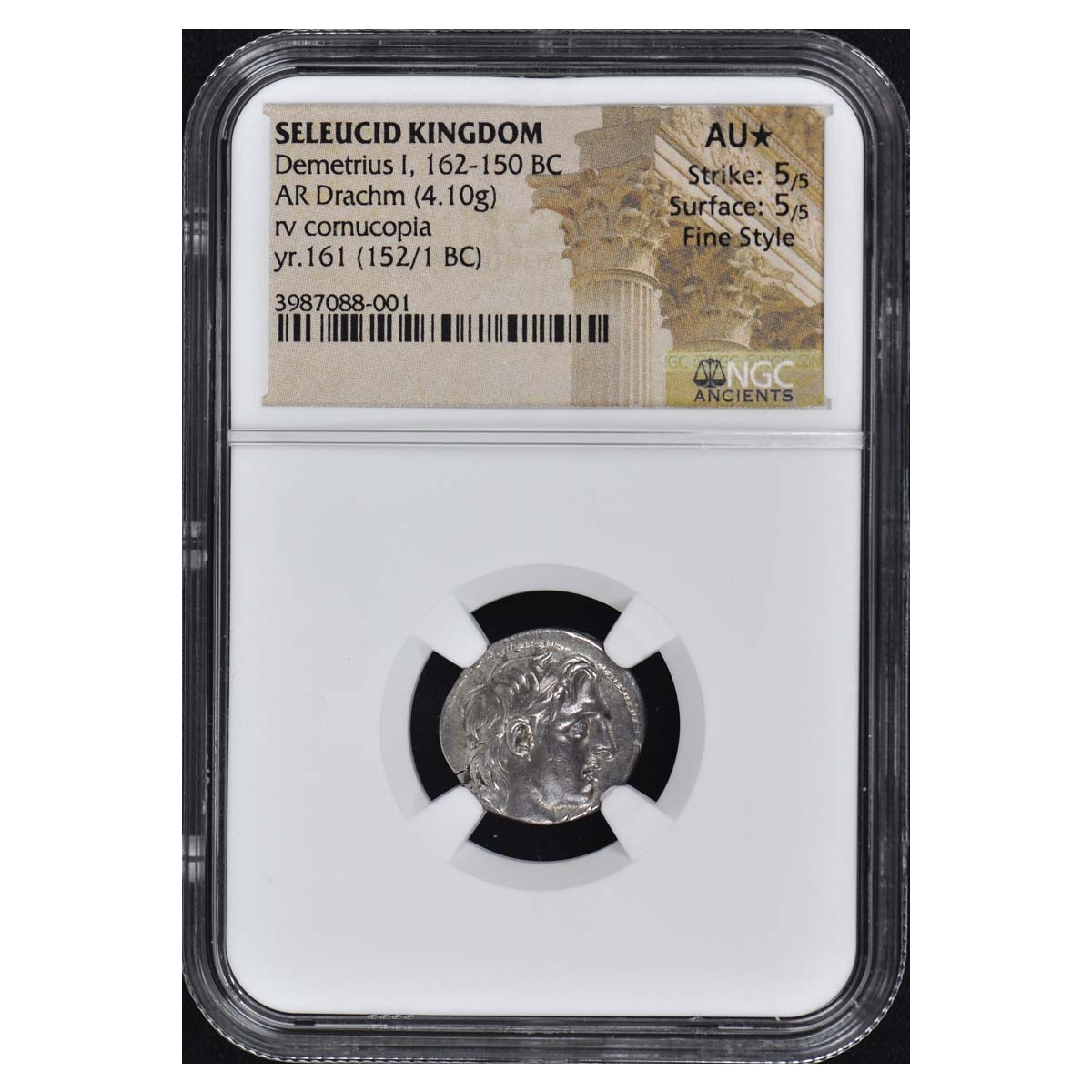 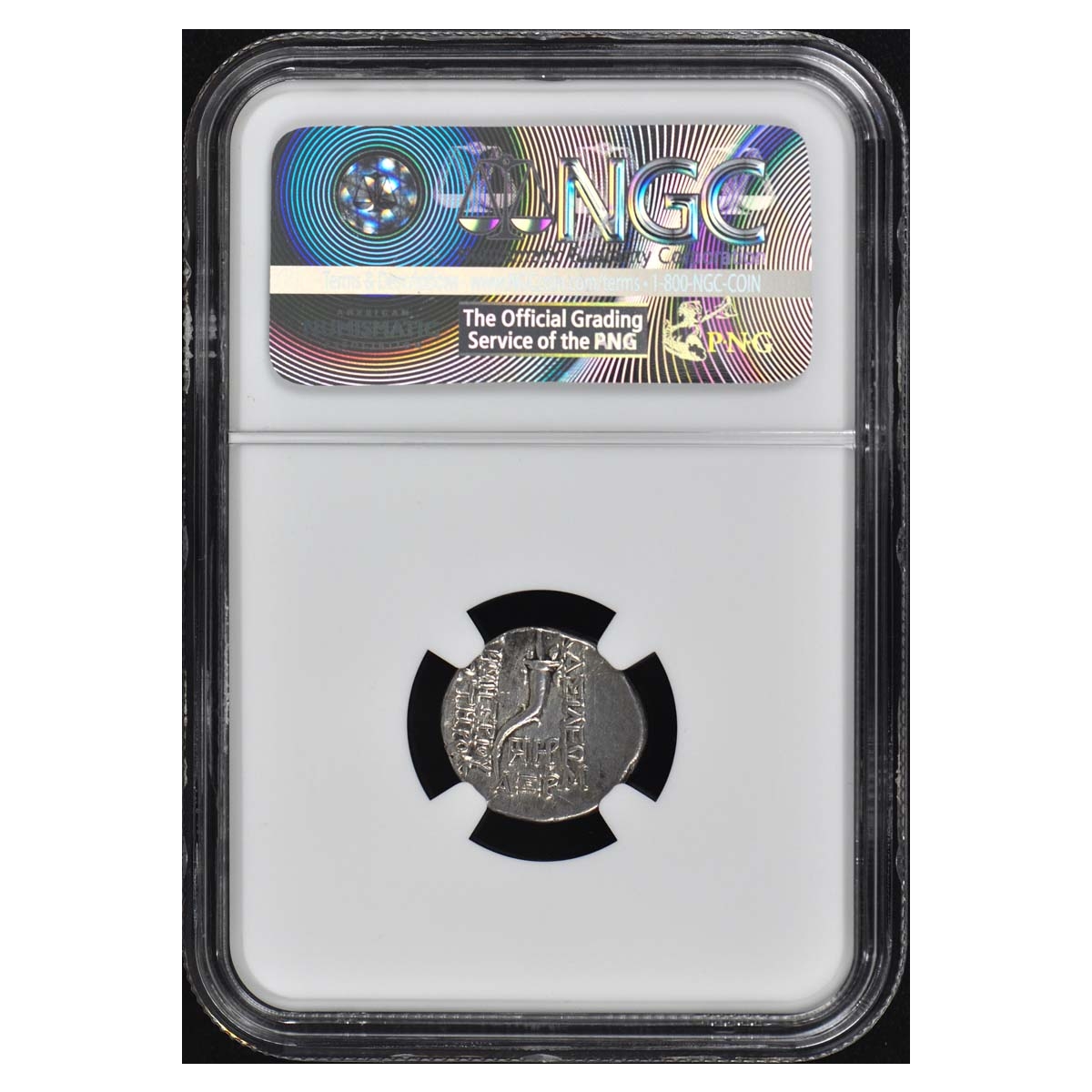 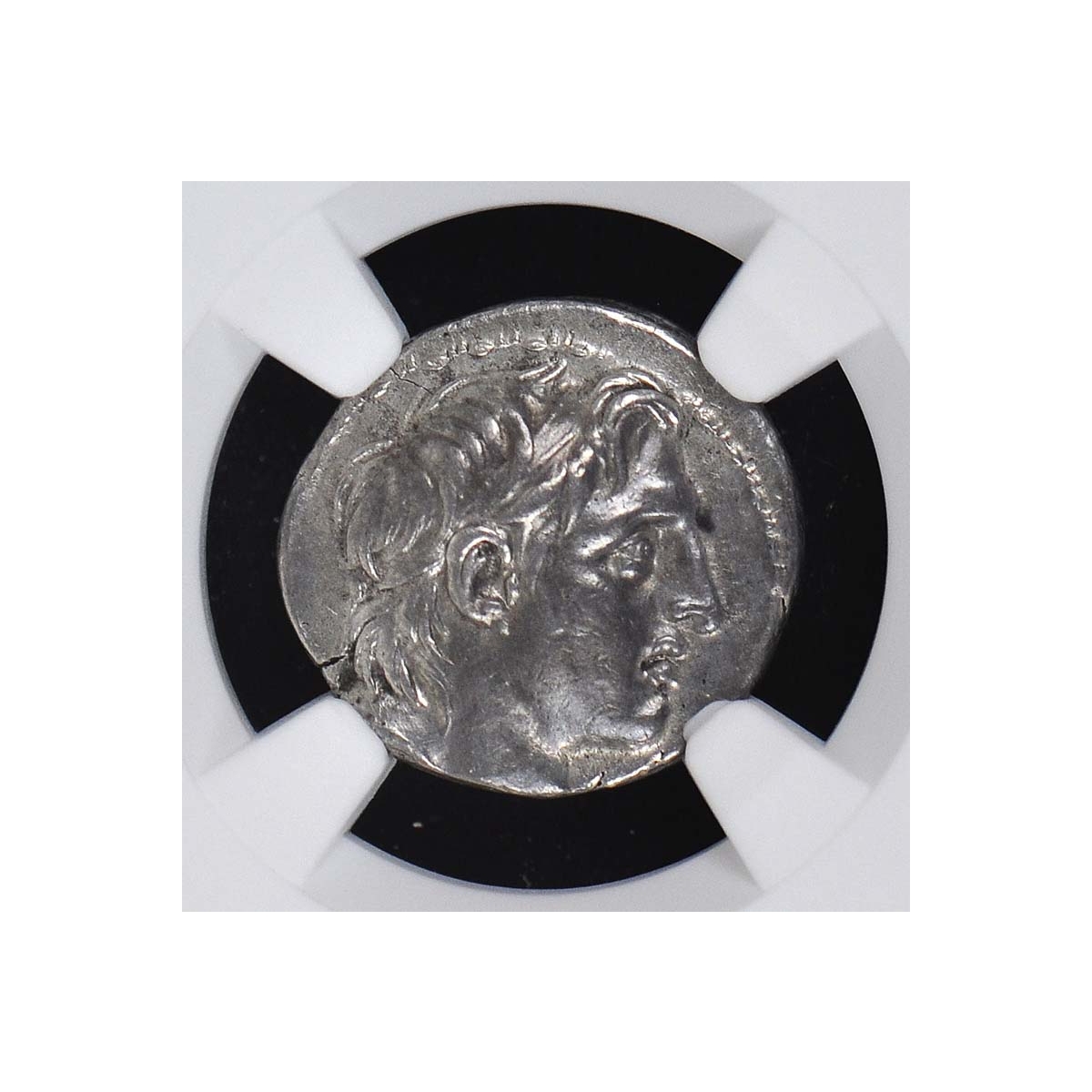 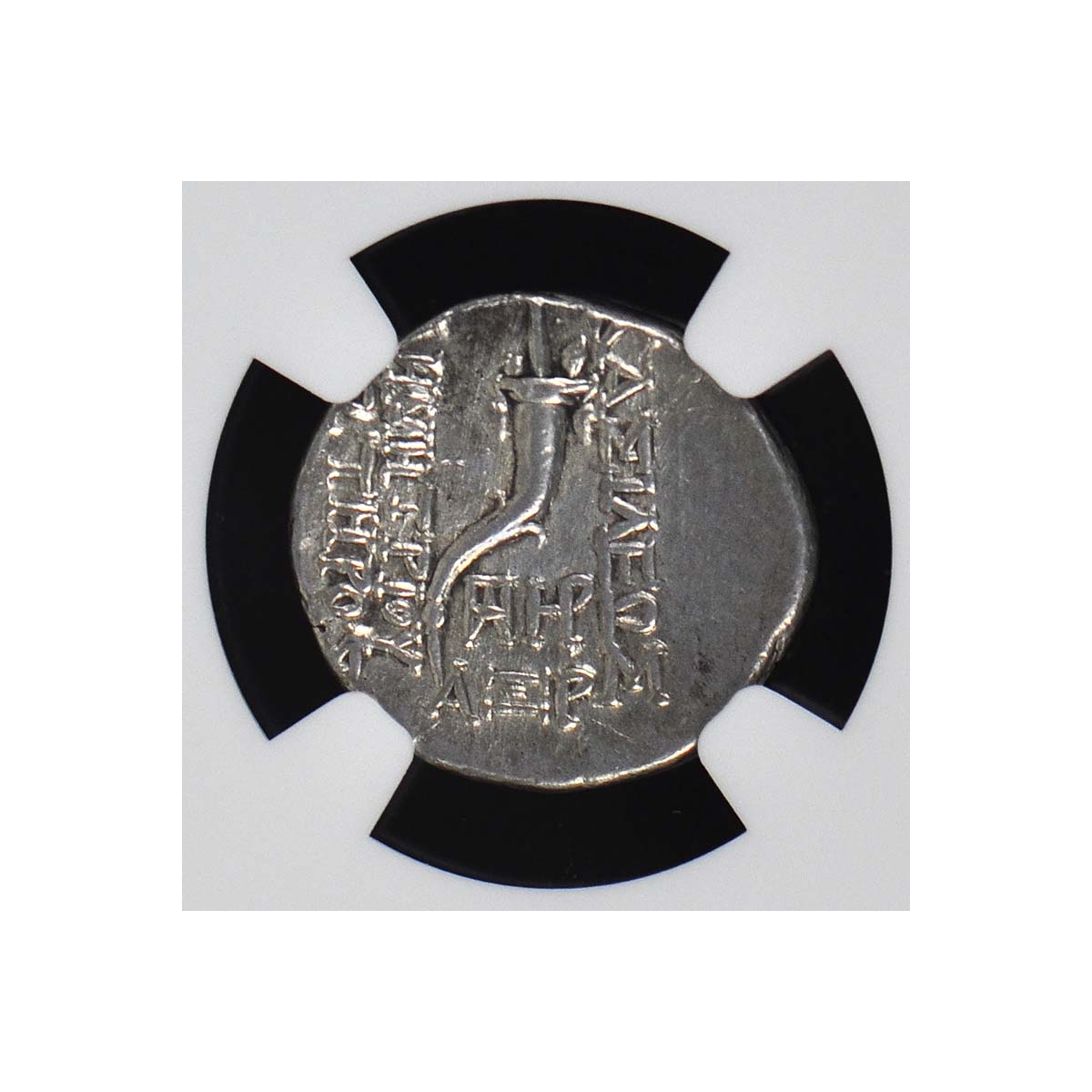 Details
Demetrius I is infamous in Jewish history for his victory over the Maccabees, killing Judas Maccabaeus in Nisan, 160 BC. Demetrius acquired his surname of Soter, or Savior, from the Babylonians, whom he delivered from the tyranny of the Median satrap, Timarchus. Timarchus, who had distinguished himself by defending Media against the emergent Parthians, seems to have treated Demetrius' accession as an excuse to declare himself an independent king and extend his realm into Babylonia. His forces were however not enough for the legal Seleucid king: Demetrius defeated and killed Timarchus in 160 BC, and dethroned Ariarathes, king of Cappadocia. The Seleucid empire was temporarily united again. Demetrius may have married his sister Laodice V, by whom he had three sons Demetrius II Nicator, Antiochus VII Sidetes and Antigonus. Check out all the great US Coins, Currency, Ancients, World and Exonumia at Sarasota Numismatics. We are happy to answer any questions you may have about this or any of our other extensive offerings.
More Information
Shipping and Returns