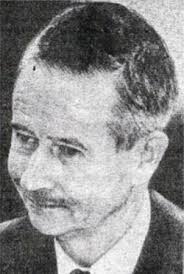 Redfield was born in Ogden, Utah. His mother, Sarah Eleanor Browning, was an Ogden native, and her father was Jonathan Browning, a blacksmith and gunsmith whose family would found the famed Browning Arms Company in Utah in 1928. LaVere's father, William Sheldon Redfield, was born in Nauvoo, Hancock County, Illinois, in 1845. William Sheldon Redfield parents had been founding members of Joseph Smith's Mormon Church in New York; but shortly after William`s birth they, along with other dissenters, formed a splinter sect called the “Cutleries.” LaVere Redfield attended the public Ogden High School where he was a member of the Cadet Battalion, a kind of Reserve Officers' Training Corps (ROTC) organization for high school boys. In 1918 he moved to Idaho Falls and then Burley, Idaho. He worked as a potato farmer, clerk, and store manager.

At the time of his death, Redfield’s estate was valued at more than $70 million and executors found hundreds of bags of silver coins stashed in the garage of his Reno mansion.

Redfield and his wife, Nell, had move to Reno from Southern California in 1935, part of the wave of millionaires wooed to the state by its “One Sound State” campaign, which promoted the fact Nevada had no state income tax, no corporation tax and no inheritance tax.

In the early years, after the Redfields had purchased the large stone mansion on Mt. Rose Street that had originally been built by the Hill family, LaVere and Nell threw many parties and were quite social. He frequented many casinos, including Harrah’s, Harolds Club and the Nevada Club downtown, and John Ascuaga’s Nugget in Sparks to play roulette, and gambled large sums of money.

His largess in gambling was opposite of his penny pinching in his business and personal dealings, Harpster found in his research. Redfield was involved in more than a dozen lawsuits and frequented city council and county commission meetings in an effort to get his property taxes reduced. . Despite owning numerous vehicles, Redfield would walk from the mansion on Forest Street to downtown Reno to gamble because he didn’t want to spend money on gas to drive there.

He preferred to wear overalls or a flannel shirt and jeans mainly because he didn’t want to be recognized, Harpster said. He once pleaded with Reno Evening Gazette publisher Rollan Melton to keep the newspaper photographers from taking his photo, again, because he didn’t want people to know what he looked like.

His tax evasion trail in 1958, in which he represented himself, resulted in him going to prison for several years.

For many years, rumors have persisted that the more than 400,000 silver dollars found hidden in Redfield’s garage and mansion after his death were only a part of his treasure, that more might be buried elsewhere.